A downloadable game for Windows

Hey! Welcome to my Game A Month 2 page. For this month I'm developing a stealth game with systemic systems. I've uploaded the final build! Was a crazy rush to get the game complete but I'm very happy with it. Ended up only using the last half of the month to develop this game, going to have a better schedule next month!

There are three levels and the main menu. Hope you have fun!

Epic or should i say....THICC

That's awesome that you completed this game in less than a month!

I really hope this gets completed - this game has so much potential to be a full, proper thing.

Only advice I'd give;  maybe make it instantly game over if you get spotted the guns don't seem to be very effective.

Might wanna check out the stealth in the Metro games (2033, Last Light and Exodus). Main character has a small indicator which shows whether they're hidden or not which would be very useful.

It's pretty good, although I found out you can just attack them head on, as if it wasn't a stealth game.
Enemies reacting to your steps could help out a lot there.

Maybe it'd be a good idea to also make a indicator above their heads, telling you when you're being spotted, but as it is the string is fine.

I think that about sums it up. Keep up the good work!

yo dude, watch his youtube video, he is working on it

I know, I watched the video even before playing the game.
That's why I gave feedback, so he can work out from what I experienced.
It is his choice to follow my suggestions or not, I just wanted to share my experience, and some suggestions 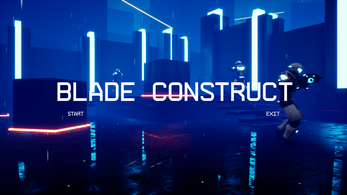 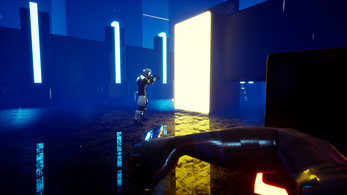 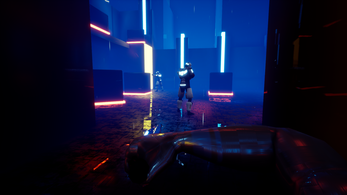